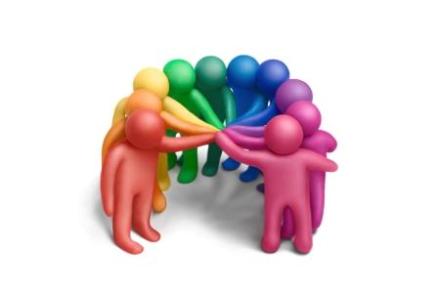 I will remember 2013 for many things. Learning about networking will be one of them. I spent a lot of time this year reconnecting with organizations that I care about and, as a result, ending up at events, which I contributed money to be at, with no one else I knew, at least initially.

That said, I wanted to give some feedback on what I feel has worked well, and not so well, for me in instances where I’ve found myself figuring out how to approach, and potentially forge relationships with, a bunch of people I don’t know.

1. Gather people…long in advance. I chose to title this blog post “Gathering People” because much like folks collect art, I believe that networking is about the constant process of aggregating people that bring unique skills, are from different walks of life, and, hopefully, keep you on your toes. The catch is this. Regardless of whether you know exactly what you’re seeking your network’s help with or not, it is key to understand that you need to be gathering the network WELL in advance of activating it for anything. You don’t like to feel used and neither does anyone else.

2. Be genuine…but be strategic. This brings me to my next point. Be authentic and be yourself; trying to be someone else is hard and generally doesn’t lead to honest relationships. One thing that has worked for me, especially after having attended an event where I found one of the panelists interesting, for example, is approaching the panelist and being honest with him/her. Saying “I really enjoyed what you had to say about XYZ (being specific always helps). Can I come see you and seek advice about some related things that I am thinking about?” You can do this on email (which is easier) or in person. Both help you ingratiate yourself with the individual at hand; who doesn’t like to hear that he/she is great.

I will, however, caution against coming on too strong. I once emailed a woman executive who spoke to a group that I’m a member of and asked her to mentor me because I like what she had to say. She basically said “thanks, but no thanks…I don’t really know you and you should find someone in your industry.” It is my belief that I came on too strong. I asked for a long-term commitment (mentorship) of someone whom I hadn’t even properly conversed with. A better approach would’ve been asking for one meeting in the manner I mentioned above and using that meeting to back into a longer term situation by asking the individual if she wouldn’t mind being someone ‘I use as a sounding board for career-related decisions’ (assuming the meeting goes well).

Within the boundaries of authenticity, remember to be strategic about who you form alliances with. I am not encouraging you to become besties with the nastiest person at work. However, be cognizant of the power structures. Check for those that appear to be moving on up, not just for those who are “nice.” Even if the person who seems to be advancing comes off “pushy” or “too ambitious” (common phrases I have heard women say about other women in the workplace) at first, think about why the individual(s) are where they are and seek to be closer. Again, do this well in advance of the individual ascending to a position from which he/she is able to influence your role in the company will be, because when that time comes, you don’t want to be left behind because you were too busy hating on the ambitious girl.

3. Follow up. Using the initial interaction to cultivate a longer term situation is key. Folks, especially older ones that you might be trying to get to know, are busy. A thank you note works well. A hand-written thank you card is even better and, arguably, more memorable. I once sent an ex-partner at my old company a hand-written note and he never forgot it. If you really want to get to know someone, don’t leave it alone beyond one meeting. After a month or so, ask to come by the individual’s office or to grab lunch. Don’t be the person that thinks he/she knows someone well and is positioned to ask for favors after just one substantive interaction. In follow-up conversations, consider introducing the individual you’re seeking to have a relationship with to others in your network, if appropriate. Being a thoughtful ambassador and connector for those in your network generally helps strengthen your ties to individuals on both sides of the introductions you make.

4. Make it a habit. Networking can’t be an occasion. If you care to become good at it, it can’t be something that you flip on when you need it. You should strive to be in the constant process of networking – of seeking out good folks and forging a relationship with them. You can practice this anywhere – at your local deli where you likely see the same faces over and over again, at your office building where you’re probably walking past the same colleagues every day, and on your block, when you see your neighbors (this is possible EVEN in NYC where they say no one acknowledges anyone else on the street!). Take advantage of these small opportunities because if you want to be ready for the big leagues, you better have been practicing all along.